Hypselodoris apolegma can be found from the Maldives to Thailand to Australia. It shows several variations of colors from nearly white to pink and around Mabul we found it also in a bluish violett with a white rim. My divebuddy Broschi called it "Hypselodoris addidas" after his shoes. 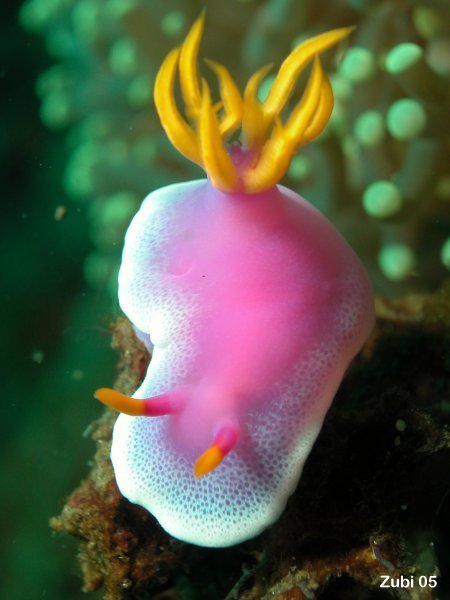 There is a similar species Hypselodoris bullockii which has a more whitish colouring and not such a pronounced mantle border. It is still not entirely clear, if these species are the same or two different ones. For look of this nudibranch species click here