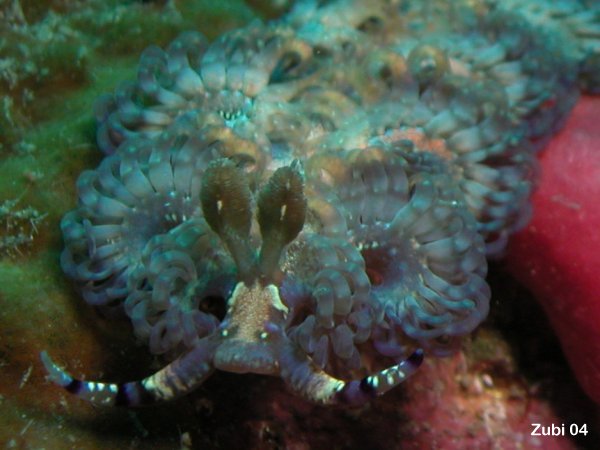 This beautiful nudibranch exists also in a light brownish variation. When small the blue dragon eats food (such as hydroids) rich in symbiotic algaes, these are deposited in their cerata (fleshy appendages) where they multiply. These algaes produce glucose, glycerine and amino acids which are also digested by the nudibranch. Biologists believe that after having a very large population of algaes in their cerata, the blue dragon doesn't have to eat anymore. 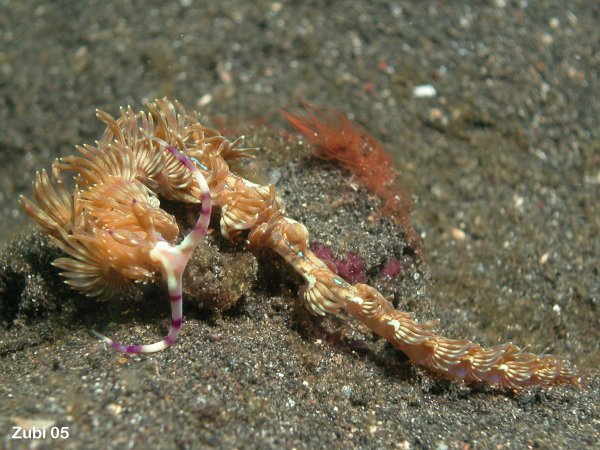